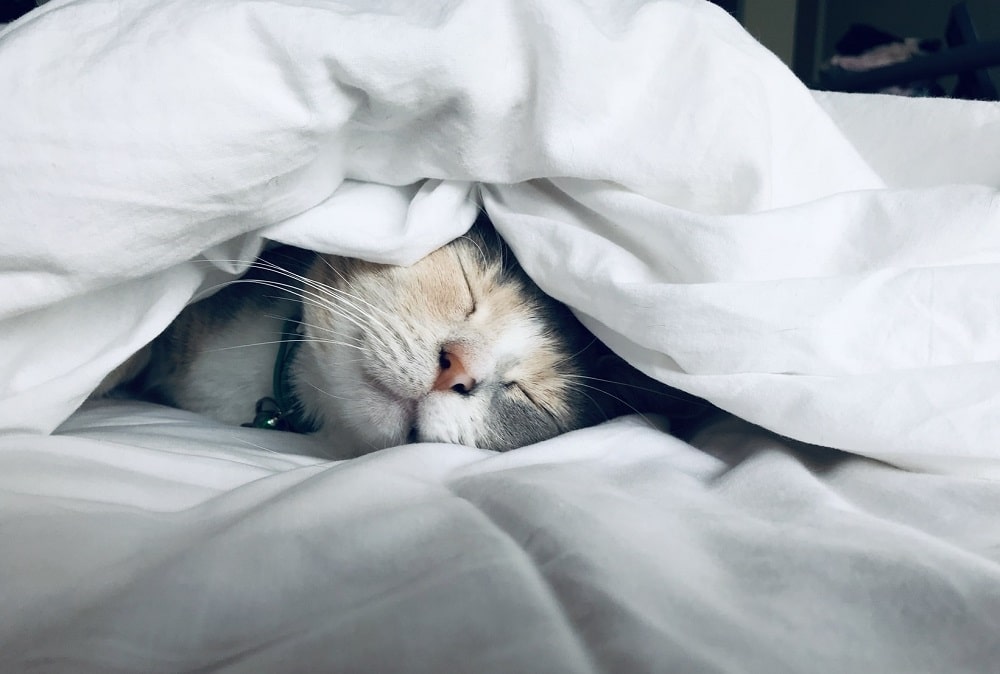 No-code solutions aim to empower non-technical people to create their own software solutions with zero need to code anything at all. Obviously, this limits the variety of applications you can build. We are basically looking at template-based frameworks. This is a reasonable trade-off if you don’t want/have the time to learn to code. And the number of different applications you could create is still huge with an increasing number of no-code solutions ready to help, including for building your own chatbot.

But using a no-code tool is still a lot of work. We can do better. And at Xatkit, this is exactly our goal, to make the creation of high-quality chatbots as easy as possible for you, minimizing the time it takes to define one, especially when the information the chatbot should master is already available somewhere in some form.

As such, we adapt the notion of no-learn and no-work development to the world of chatbots. The following image describes the relationship between each category. 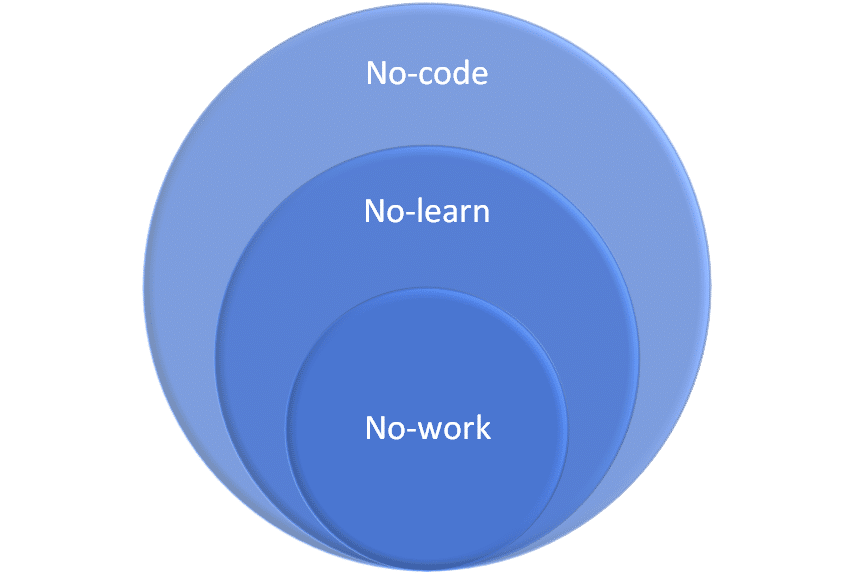 No-code vs no-learn vs no-work

No-learn development tools correspond to the set of no-code frameworks that let the users employ their own tools to define the software to be built. Instead of the user having to learn to use the no-code tool and the (graphical) language behind it, the no-code tool is able to read and import the software definition from Word, Excel, or whatever other tool users in that domain typically use.

An example would be our Excel to chatbot service. Instead of forcing users to learn a new interface and language to define chatbots, we offer them an Excel template that lets them define bots in a tool they already know. It’s not about limiting them on what they can define, it’s about letting them do it using a interface they are already familiar with.

No-work is an extreme case of no-code development where the user does nothing. Users do not code but neither do they explicitly define in any way the application to be built. Instead, the no-code tool takes whatever information is already available in the company (in documents, files or databases) to automatically derive a software application from them.

At Xatkit, we’re now getting ready for our first no-work service, targeting ecommerce stores. Following this no-work philosophy, we won’t be forcing you to define anything to get your bot up and running, instead, our service will automatically read your product catalog and automatically generate useful conversations about it to be able to better serve your customers.

Another example would be the generation of a chatbot from your own Excel file (instead of using our own template, which would correspond to the no-learn approach above), that you may have already created to be able to subcontract external companies to take care of your customer support. A no-work approach would take that Excel file, read and “understand” it and derive an equivalent chatbot from it. Same with your FAQ page.

Clearly, a no-work approach limits more the kind of bots you’ll be able to generate as we’ll be using predefined patterns and strategies, based on convention over configuration principles to save your time. But, from our experience, this is good enough for many of you. Often, in interviews with clients, we get some variation of the request “I already have some data I collected, I just want you to create the bot from it”.

You can still combine them all

Each of the categories above targets a different type of chatbot user/scenario. Depending on how much your client wants to learn/work, you can offer him a specific type of tool, each one with its trade-offs.

But this doesn’t mean your no-code tool needs to stick to one specific category. As we do in Xatkit, you can offer different interfaces/importers on top of the same engine: a no-work option for a given domain, an excel template for a no-learn scenario. And you can even offer a low-code version for advanced users willing to use your tool’s chatbot API to complement the result of the no-code approach.

Learn to sell more with chatbots

Follow all our news around the world of bots, with a special focus on chatbots for eCommerce